Well, another week has flown by.  I can’t believe we are more than halfway through the month of October.  This week my workouts were:

All of the workouts this past week were with my Cathe Friedrich dvd’s that were part of a series I bought last fall.  The exception was my Saturday workout which was a yoga workout using one of my Shiva Rea dvd’s.  I love doing yoga on Saturday mornings. 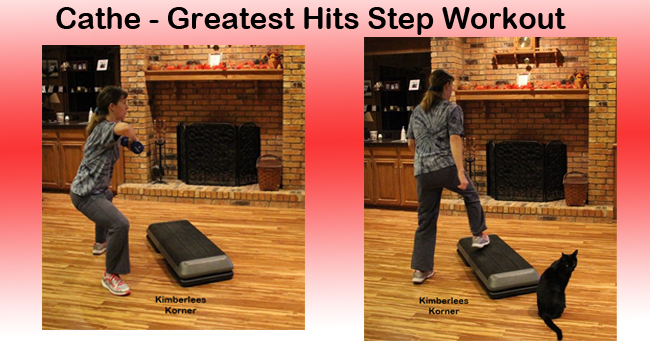 The Greatest Hits Step workout is a combination of several different Cathe step workouts and compiled together on the one dvd.  The premix I did on Wednesday also used some weights mixed in with step cardio – the cat joined me for most of the workout.  He was either on or next to the step. 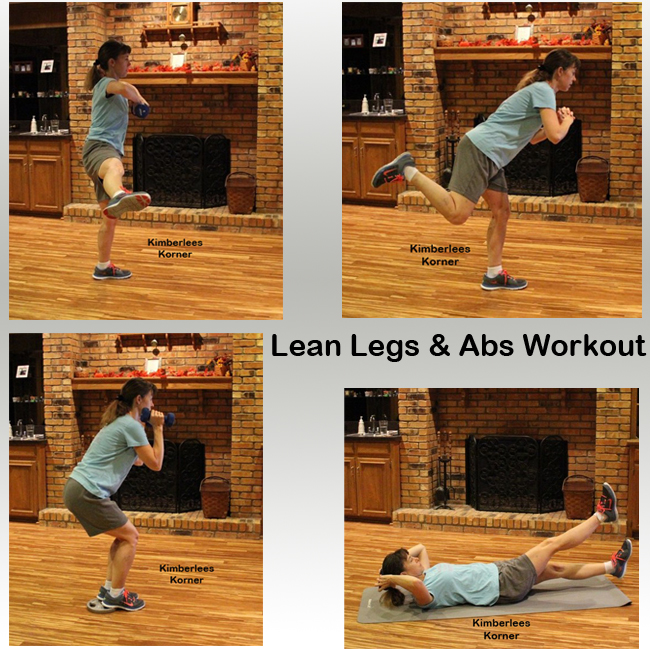 Lean Legs and Abs dvd is one of my favorites.  Even though most of the emphasis is working out the legs and core you still work the upper body a little with having to use the 8 pound dumbbells and doing a lot of compound moves. 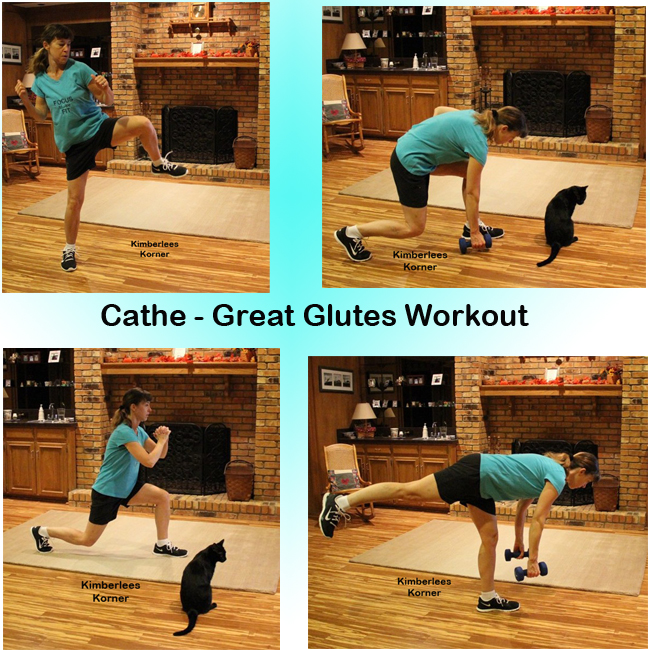 The day after Lean Legs and Abs I did the Great Glutes workout.  This really works your back side and the hamstrings.  I was definitely feeling it by the end of Friday and into Saturday morning (and into the day Saturday).   The workout uses minimal equipment and is a combination of light cardio and toning moves that use the 8 pound dumbbells.  The cat of course was around to supervise my form.  I think he is scared of the new rug I bought for the room though as he won’t walk on it. 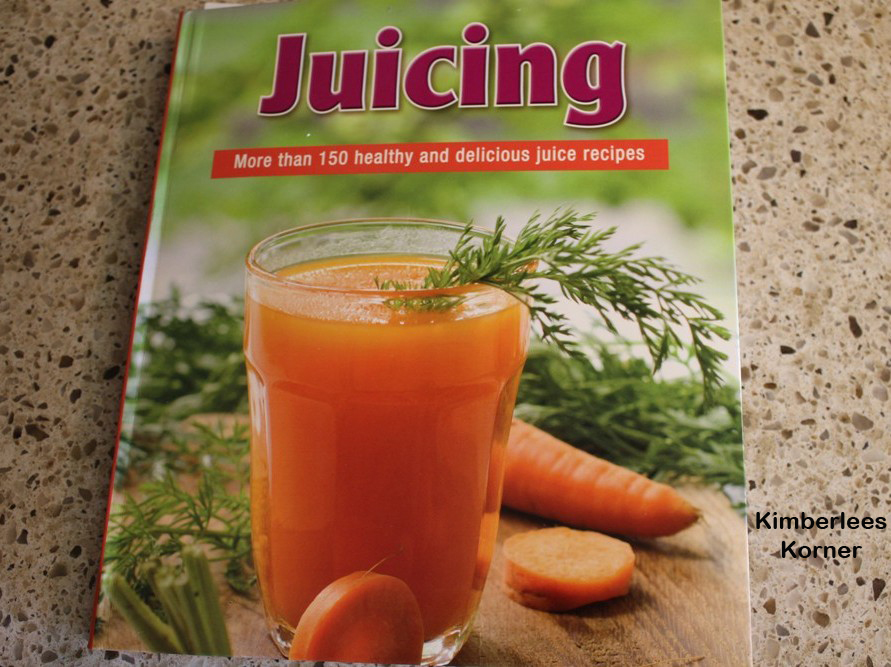 I bought this new Juicing book a couple of weeks ago at Barnes and Noble in the sale section.  I think it was $10.00.  There are lots of great recipes in this book and I have made at least a dozen of them in the past week.  I like how the book is set up – it is alphabetized by the name of the fruit or vegetable and gives at least  two recipes per one fruit or vegetable.  There are also color photos – not of every recipe but at least one or two per page.  I have been trying to make up about three or four recipes every other day and store them in mason jars in the refrigerator so I only have to get the juicer out once a day or once every other day.  This is a real time saver.  It is also helpful to label the juices and put the name and page number of the recipe so you can remember what it was and note if you like it or not. 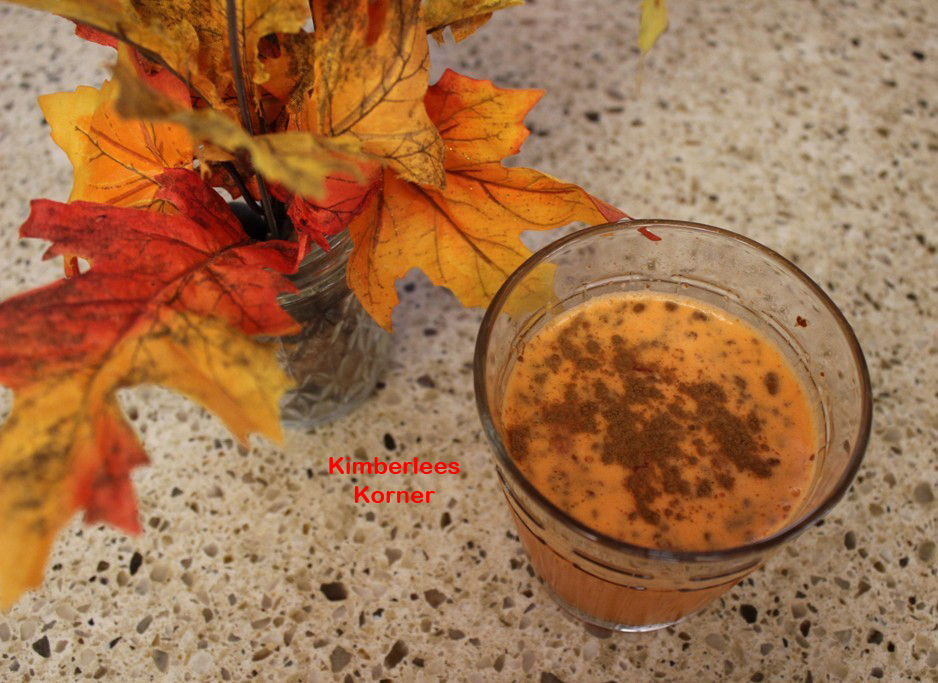 The above recipe was from the book and called Peach Spice Pie.  It was just a peach and 3 carrots juiced and then you sprinkle a little cinnamon on the top.  I LOVE this recipe.  It is very good!  I always feel so healthy and energized after drinking a juice each morning, too. 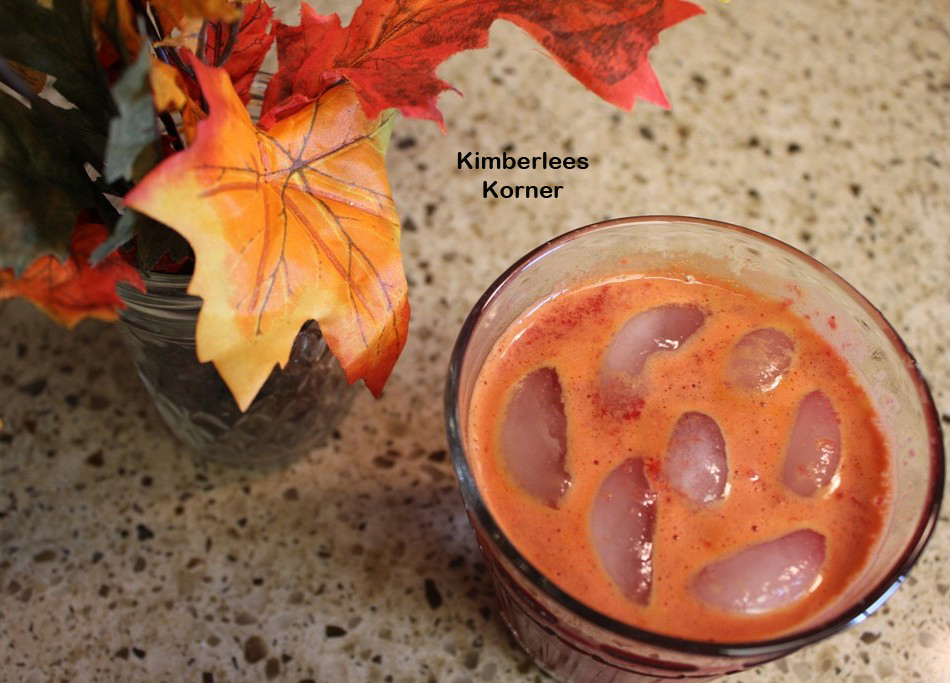 The other recipe I just made this morning from the Juicing book was called Orange Beet.  It is made with the ingredients of the title – 2 oranges and 1 beet.  In the one I made my beets were sort of small so I used 2 oranges, 2 small red beets and 1 small golden beet.   I love how you can add or take away something from the recipes to create something a little different.  This juice here had an earthy flavor to it because of the beets in it.  I also felt so great after drinking this juice.  Fresh juices are really the way to better health, I think.

I also finally tried a juice with some red cabbage in it.  The verdict is still out on that one.  It is okay but not one of my favorites.  I think I will have to try it again in a different combination of ingredients to determine if I like the red cabbage.  The juice was a really pretty color though.

I have fallen of the green smoothie challenge I was doing.  I think I had a few at the beginning of the week but I am really into juicing lately and not so much the smoothies.  I did try to drink at least one “green” juice a day for an afternoon snack to make up for not having the green smoothie – so I am thinking I didn’t completely drop out of the challenge.  I am just having a green juice instead of a smoothie.

Fit Tip of the Week – Eat Well for Better Health

– try out some new healthy recipes

– make it a goal to eat only whole grains, fruits, vegetables, lean protein and limit sugar, caffeine and avoid alcohol for at least 5 days and notice how much better you feel

– try out juicing to see all the health benefits

I hope everyone is enjoying the nice fall weather in their area.  It is finally cooling down here and the past few days have been beautiful. 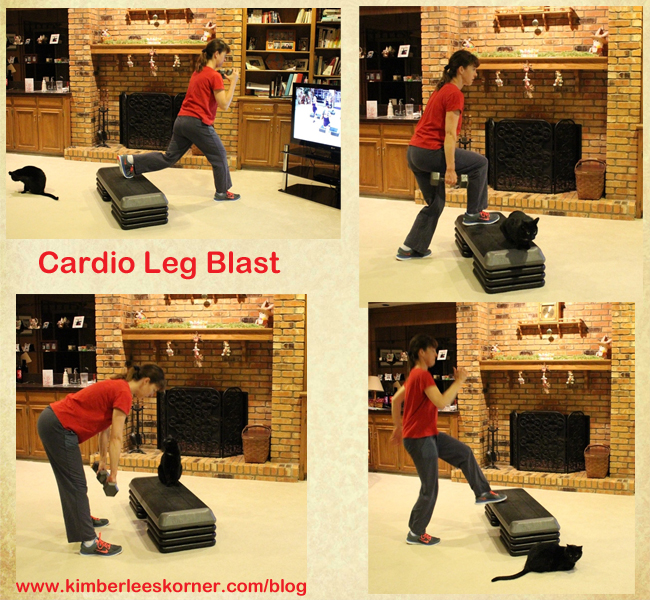 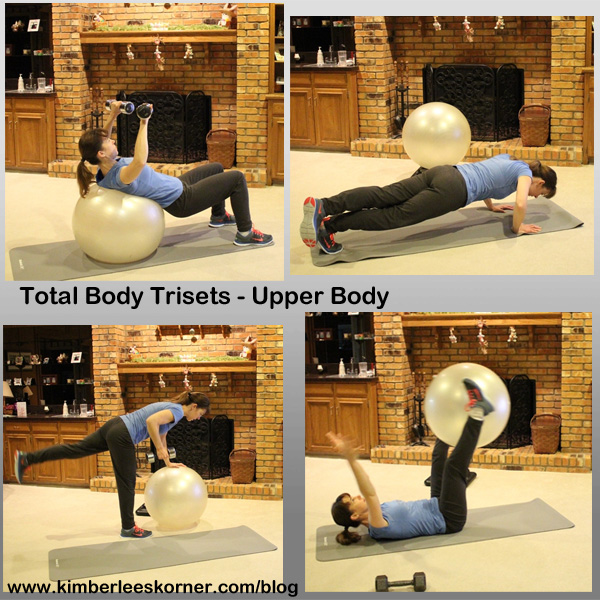 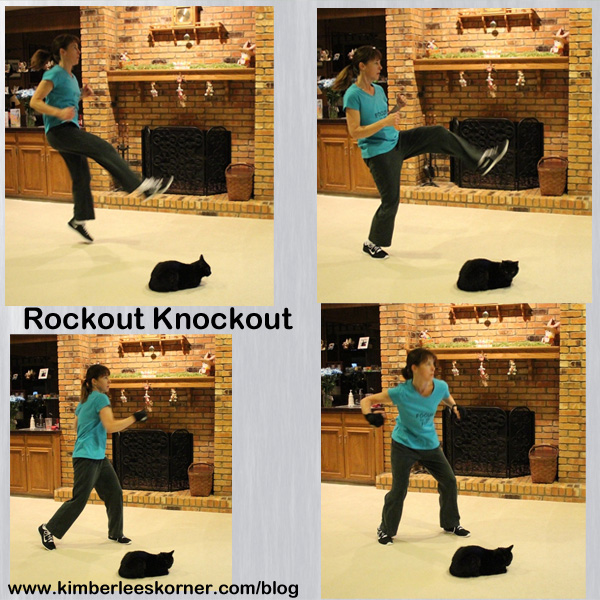 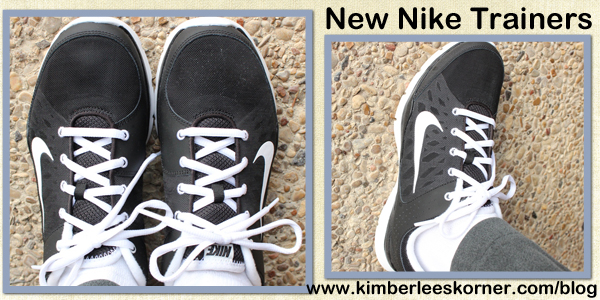