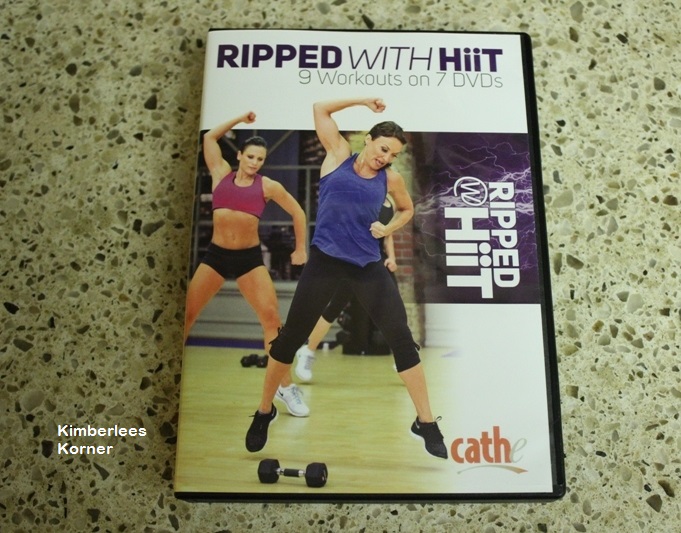 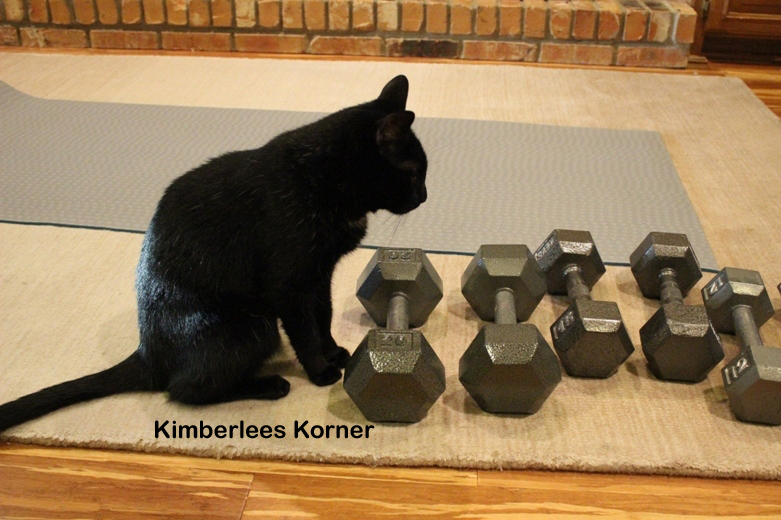 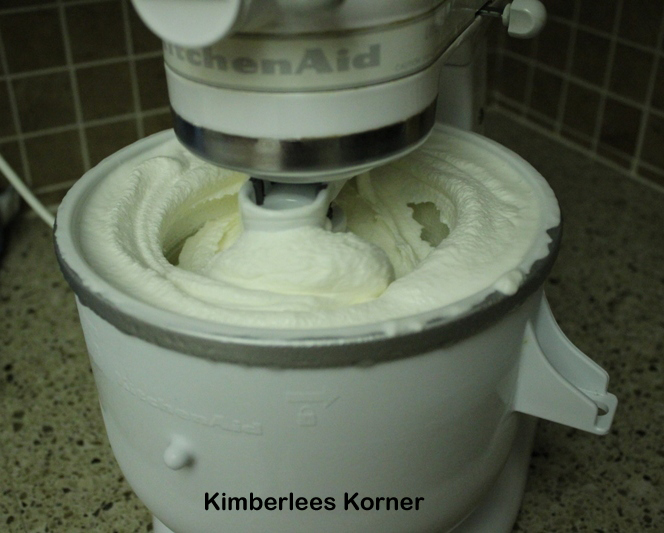 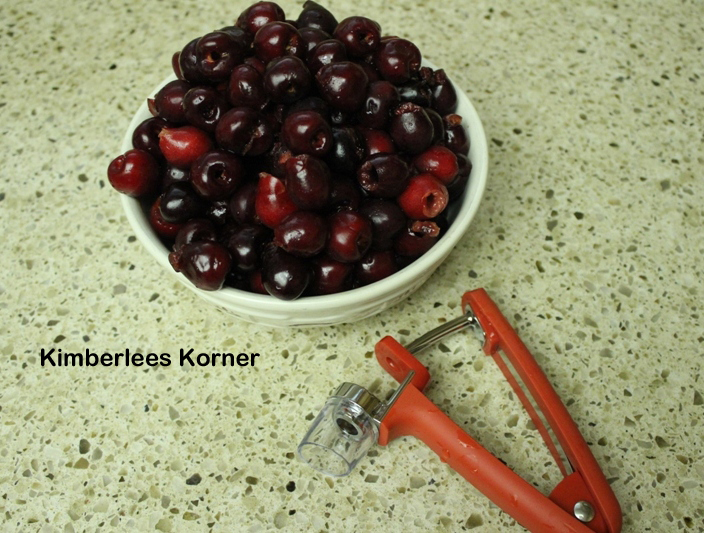 This week I had a really great workout schedule with doing weights again and riding my bike and jumping rope on the non weight days.  I also tried out some new recipes for dinner that were good and made my own almond butter.  It was a very busy week with fitness, cooking, errands, knitting, sewing, daily house upkeep and laundry, and getting my kids things together for back to school this coming Monday.

My workouts this week were: 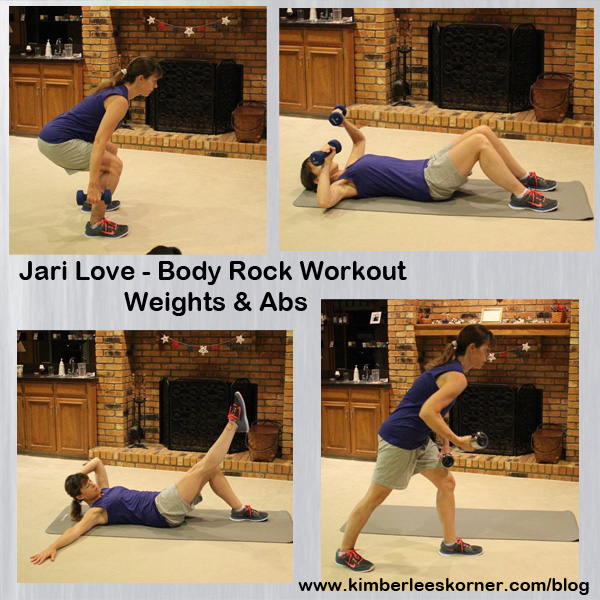 My Monday workout was a good mix of heavy, high rep weights and some ab work.  This particular dvd is not one of my favorite ones from Jari Love but I decided to use it as I hadn’t done it in quite a while.  Overall it is a good weight workout.

The middle of the week I did my own mix of the Body Bar and Exercise Ball book workouts and also used my slide discs with some of the bar moves – creating my own exercises with the two together.  I also had a dental appointment that morning and rode my bike the 1 mile my dental office. 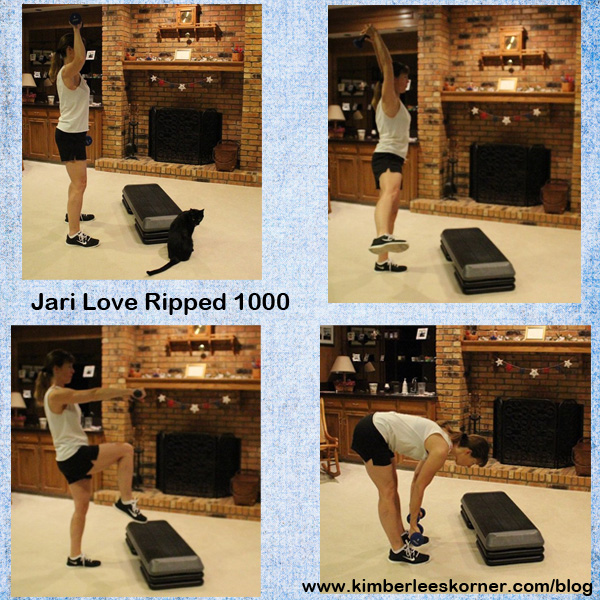 The Friday workout was back to weights with Jari Love Extremely Ripped 1000.  I really like this workout and how all of the moves are compound moves meaning you work your arms as well as your legs at the same time.  This is a very effective workout.  She also reminds you during the workout how doing compound moves really increases your metabolism and makes your body burn fat even while at rest.

I have continued to ride my bike every other day and do my jumping rope after the bike ride.  I do notice I am able to jump rope a little longer this week than last week – building up my stamina, I guess.  Except for on Thursday – I could only do a couple of minutes of jumping rope as I woke up with a mild sinus headache and let me tell you that you do not want to be jumping rope with a sinus, or any kind, of headache.  It seemed to make it worse!

As I rode my bike this morning I realized that Monday the kids start school.  I knew this of course but it was hitting me at that moment as I rode that I may not be able to keep up with as many bike rides when school starts.  The main factor being that I need to be at home to make sure everyone has gotten up and gets some breakfast, as well as making lunches for the 3 boys.  Also, the biking route I like to take is right near the elementary school in our neighborhood and traffic will be heavy there with carpool drop off.  I might try and ride one day during the week and then just on Saturday’s and see how it goes. 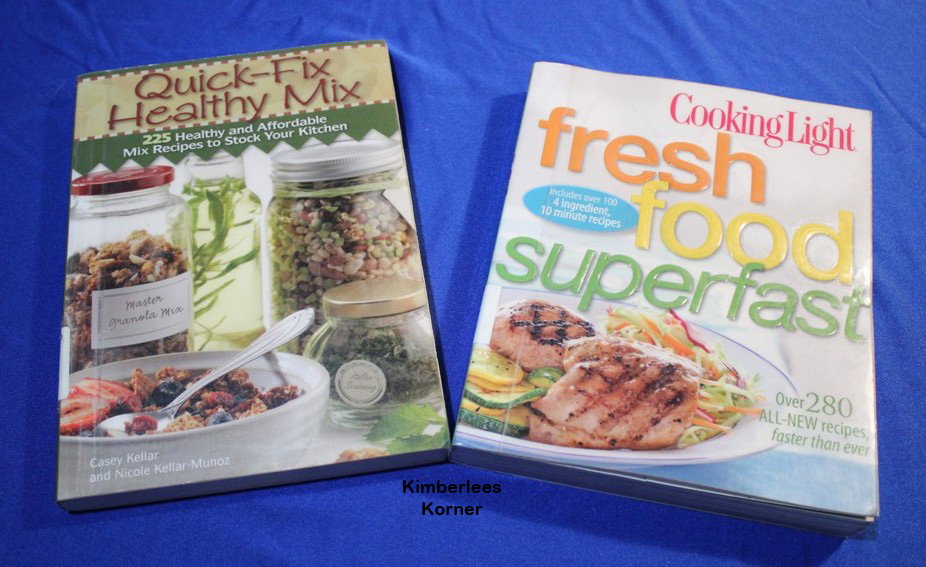 A week or two ago I checked out a couple of good cookbooks from the library.  I used them in the past week to try out some new recipes and was pleased with the results.  The one above on the left is various different baking mixes, sauce mixes, rice and pasta mixes and other things as well.   The other book on the right is a really nice cookbook with lots of recipes for using fresh ingredients and cooking in minimal time – good for those who are busy or work a long day or just when it is hot out and you don’t want to slave in the kitchen for an hour or two.

I made up several mixes from the baking mix section of the Healthy Mix book.  I had good results with some and just okay with others.  The ones that were okay I had to tweak some to make them better.  Like the brownie mix said to make them with milk – well I have never heard of doing this but tried it anyhow and they were kind of different.  Not terrible but just not like real brownies, either.  I tried it again with oil and a little water like you would normally do and they were much better – the kids loved them and ate them up very fast – I did get to enjoy one which is all I needed anyhow.  Also, the quick bread mix in this book was a little odd as the mix seemed very dry when I blended it.  It only called for an egg or two and no milk or anything to moisten the ingredients.  I took it upon myself to add some milk and it turned out much better and looked like a quick bread mix should look.  My oldest son said maybe the book just assumed you knew to add the milk – I don’t know about that but in my opinion it is missing something.  I tried another mix in there though and that one is fine.  It is hit or miss with this one.  I guess you need to have some cooking experience to figure it out. 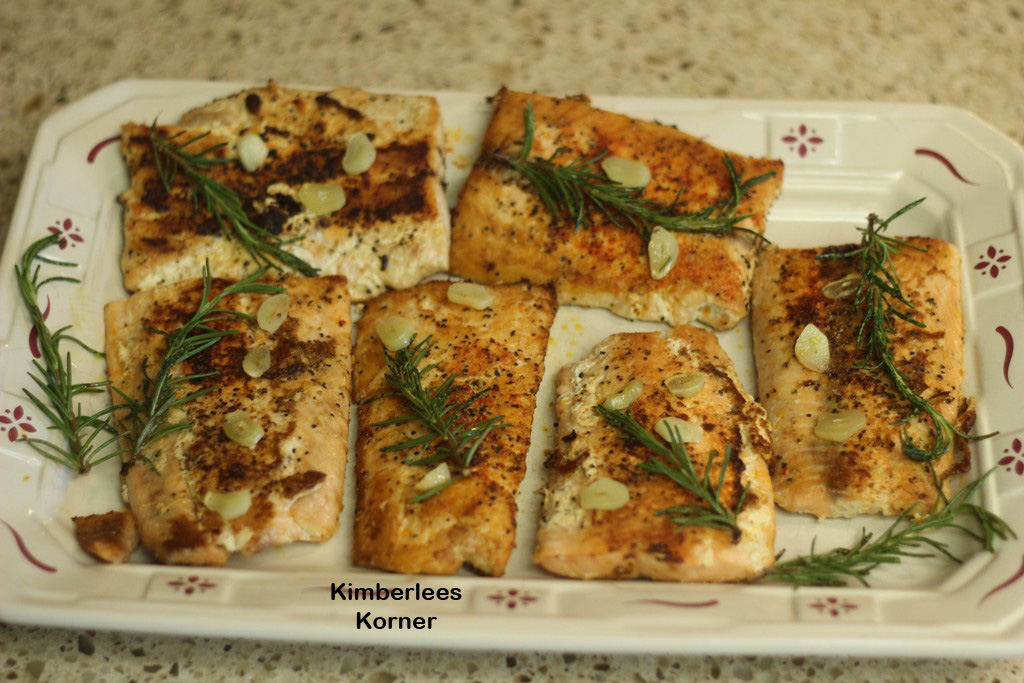 The Cooking Light Fresh Food Superfast is a great book.  The book has lots of color photos of many of the recipes and everything is pretty quick and easy to make, too.  Just as it implies.  I like the fact that it uses fresh ingredients too and not anything canned or boxed in the recipes, for the most part.  I tried this salmon one night  – photo above – it was pan seared with a small amount of olive oil with fresh sliced garlic and fresh rosemary from my garden.  My kids really like this recipe – that is always a plus.  Another one I tried from the book was the italian sausage calzones.  Those were a hit with the family, too.  I was even able to make my own crust for the calzones using the Healthy Mix book and the healthy baking mix in there.  That made it take a little extra time instead of using a premade pizza dough but it was worth it. 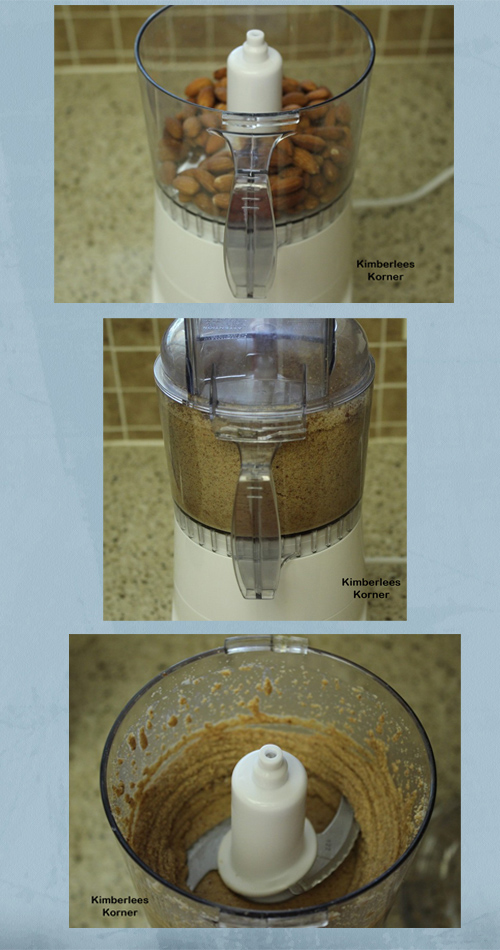 Another thing I made this week was something I have wanted to try for a while – my own almond butter.  I saw a recipe last week on pinterest and decided to try it out.  I followed some of it but had to tweak this one as well to get it how I liked it, or thought it should be.  Of course I did this on a whim with not a ton of time so I improvised and heated the almonds in the microwave for about 2 minutes instead of 15 minutes in the oven and then I processed them for about 2 minutes, scraped the sides down, processed them for about 2 more minutes, decided it looked like almond meal so I added about 1 tsp. of coconut oil and processed again for 1 to 2 minutes.  This was the best almond butter I ever had – really.  I will never be buying it again.  I made this in about 10 minutes or less.  It stores nicely in the refrigerator, too.  If you want the original recipe click on the highlighted link to take you to the blog with the recipe – Flour On My Face.

– Try different workouts to avoid boredom.  Doing the same activity (like walking or running) can get boring and stale.  Alternate your activity with some other types of workouts like weights or yoga – this also keeps you interested in continuing to workout, in my opinion, and the change does your body good.

– Give new exercises or workouts a chance, don’t try something once and decide it is too hard and you just can’t do it.  Sometimes you have to do things a few times to get a feel for them.  Example:  Five or six years ago I started doing some step aerobic workout dvd’s.  I was terrible with them at first and thought I would never be able to keep up with the people on the dvd.  After watching it a time or two and then trying it slowly I got the hang of it – I also tripped or fell off the step a few times but I was determined to keep on – it got easier each time.  I still occasionally step wrong and stumble but not like the early days.  This makes you feel a sense of accomplishment.

I hope everyone had a great week and you are getting in some exercise.